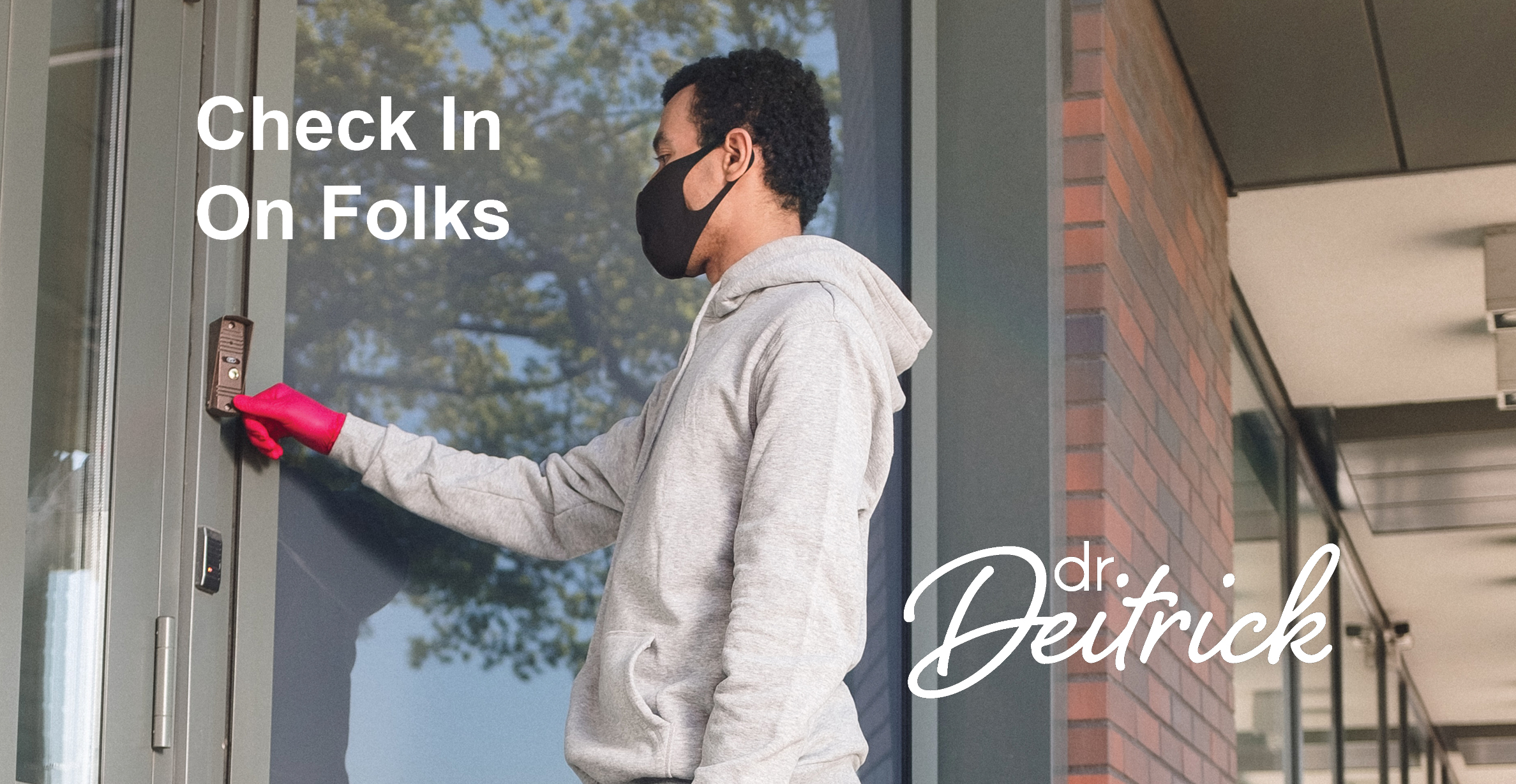 The other morning, I went to the store early to avoid crowds. I entered wearing my mask and noticed one of my elderly patients. She looked like she was having a hard time getting around walking with her cane and she wasn’t wearing a mask. I grabbed a cart for her and asked her where was her mask. She said, “I don’t have one.”

I asked her if she knew how to get ahold of one and she said “Well, some people are ordering it on the internet but I don’t have a computer. I don’t know how to do any of that kind of stuff.”

This older woman lives alone and doesn’t have any children living nearby. Yes, they call her and offer to help but the woman doesn’t want to live with them as she prefers to stay in her own house and remain independent. She seems unsteady and doesn’t have one of those life alert buttons. I was very concerned about her and happened to have a new, extra mask on me. So I gave it to her and she was grateful. I also ended up checking in on her while she was in the store and waited for her in the parking lot in case she needed help.

If there is someone that you’re thinking of, just call them up on the phone and say “Hey, I’m just thinking of you today, how’s it going?” That might just totally make their day, someone who’s just living alone, they don’t have anybody checking in on them. It could just really make their day just to know someone is actually thinking about them or caring for them. If possible, you may send them a care package or offer to run an errand for them.

Let’s all remember to be kind to one another. It’s more important than ever that we stay connected and check in on folks. We’re in this together.